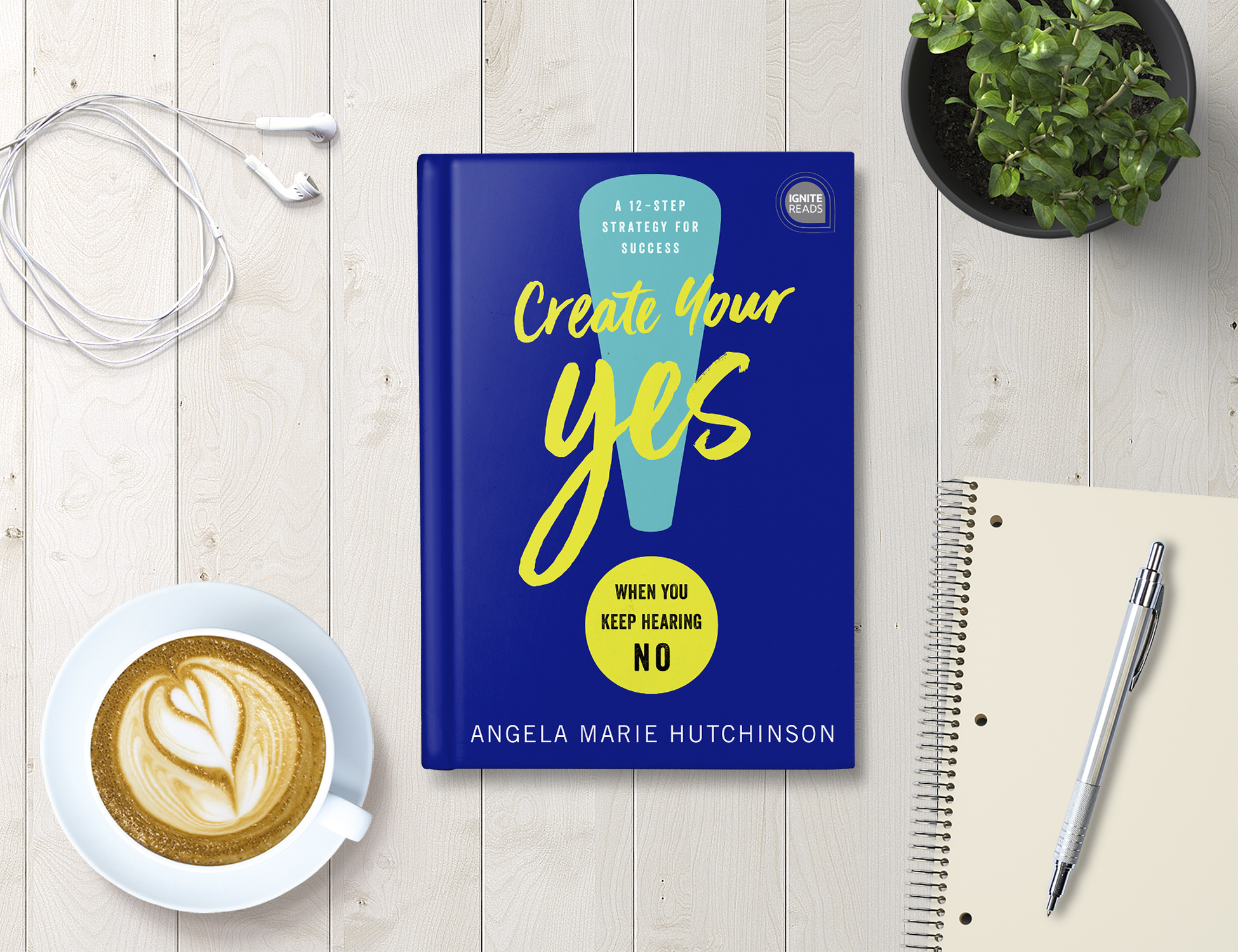 Create Your Yes! offers a 12-step strategy for success when faced with rejection. The book illustrates methods of how to create opportunities.

Tired of Hearing No?

How many times have you been rejected? How do you handle those moments? Rejection is something that everyone experiences. Create Your Yes! provides innovative strategies to break through personal and career barriers.

“When it comes to creating your own YES, be a part of someone else’s YES. Help someone achieve their dreams. No one creates anything or achieves anything alone.”


Angela Marie Hutchinson is a television and film producer, author, TV commentator, and former social media professor. Recognized as a media and arts trailblazer by the U.S. Congress, Los Angeles mayor, and Los Angeles city council, Angela has over fifteen years of experience in the entertainment industry. She has worked for MGM, Warner Bros. Television and the GRAMMY’s. In 2005, Angela founded BReaKiNG iNTo HoLLyWooD, a 501(c)(3) non-profit organization that helps creative and business professionals pursue their careers.

Based on Angela’s popular TEDx Talk, “Create Your Own Yes, When You Keep Hearing No,” she landed a mainstream book deal with Sourcebooks and Penguin Random House Audio published the audiobook. In 2021, Angela was hired by Brat TV as the showrunner and director for a Facebook Watch comedy series, Something About Larray. As a screenwriter, Angela wrote Oprah Winfrey Network’s original holiday movie, “A Christmas for Mary,” which continues to air on OWN as a holiday classic. Originally from the Midwest, Angela earned her B.S.E. in Industrial & Operations Engineering from the University of Michigan and a Cross-Media Journalism certificate from USC. Previously, she has worked as a social media professor at Loyola Marymount University in Los Angeles.

For nearly a decade, Angela has produced a diverse portfolio with her media company, BiH Entertainment. She also works as a career coach, public speaker and business consultant. Angela’s clients call her The Dream Builder. Repped at The Gersh Agency, Angela has active development deals with top production companies. As a show creator, Angela served as executive producer of the Facebook Watch series, “Asking for a Friend,” hosted by Vanessa Simmons. As a filmmaker, Angela wrote, produced and cast the feature film, “Hollywood Chaos,” also starring Vanessa Simmons. The movie aired on Hulu and currently streams on NBCUniversal’s Peacock. She also produced and directed a feature PBS documentary. Angela is an active member of the Television Academy.

As a live commentor and contributor, Angela has appeared on BBC, CBS and NPR. In her work as a journalist and moderator for live events, she has interviewed over 500 executives in the fields of business, entertainment, technology and law. For the 90th Academy Awards, BBC World News invited Angela to be a Live Commentator to cover Hollywood’s biggest night–the Oscars! In her leisure time, Angela enjoys reading books and exploring new parks with her three children and rocket scientist husband of 19 years. Her favorite drink–drip coffee of course!☕😉

Are you available for production work? Complete Angela’s Crew Inquiry Form by clicking the below icon.